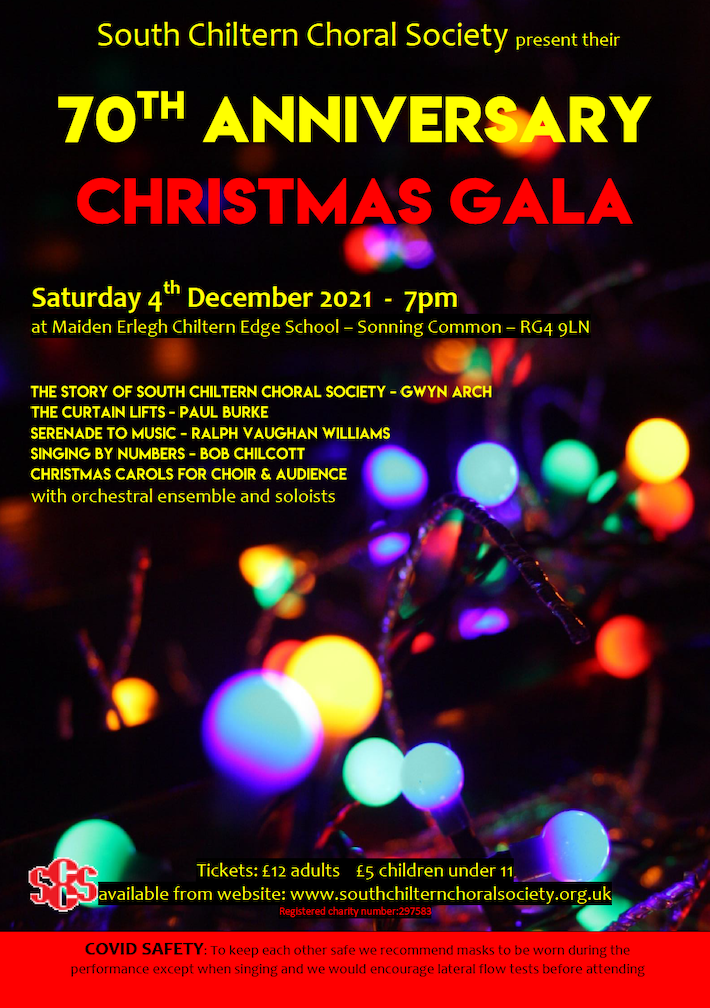 We were delighted to present our first concert in two years.  In this special concert we celebrated the 70th Anniversay of the founding of the South Chiltern Choral Society.

The concert opened with The Curtain Lifts, a piece recently composed by our current Musical Director Paul Burke.  We followed it up with Vaughan WIlliams Serenade to Music and Bob Chilcott's Singing by Numbers.  The first half concluded with a piece especially composed in 2020 for this anniversary by our previous Musical Director, and President, Gwyn Arch.  Sadly, Gwyn died in June this year, so was never able to hear us sing his piece, but we were delighted that his wife Jane came to enjoy it.  The words of Gwyn's piece were written by a choir member, Ann Eustace, all about many past and present characters and the development of the choir.

After a short talk by the National Autistic Society, the concert concluded with some Christmas Carols accompanied by the audience.